Civitella del Tronto and its Fortress 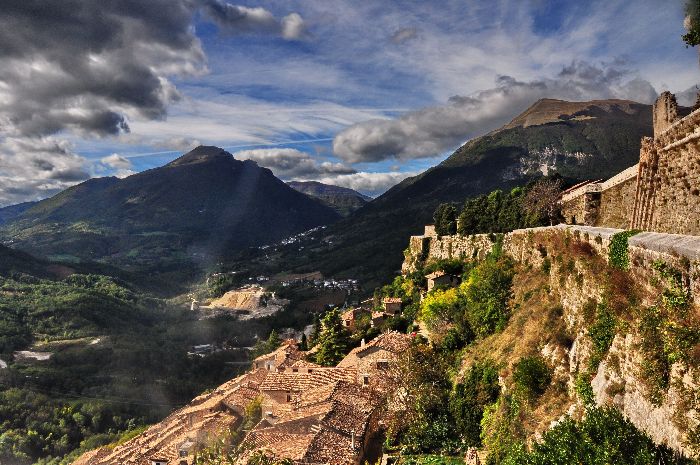 MEETING POINT: To be defiined

At the border between Marche and Abruzzi Regions, Civitella del Tronto is one of the most beautiful villages in Italy. The village rises up on a rock in travertine stone and it is characterized by its fortress, the last bastion of the Borboni’s  Family before the Unit of Italy. Civitella is full of history  and it maintains its original medieval appearance still today; it is embellished by suggestive streets with buildings in travertine stone. We can pass throughout Napoli Gateway and we reach Pepe Square, a beautiful terrace on the landscape characterized by Gemelli and Gran Sasso Mountains. 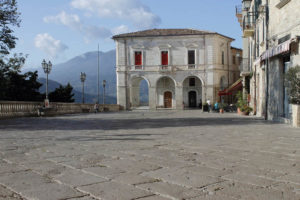 In Civitella you can find many interesting places such as the Church of S. Lorenzo which was transformed in a bastion for the defense of the village in 1557 and it was rebuilt later; the Church of S. Francesco, an important center for the cultural and religious promotion: next to the church there is Rosati Square with the Captain Palace; the Church of S. Maria degli Angeli, the convent of S. Maria dei Lumi which was founded by S. Giacomo della Marca. Civitella is characterized by important and noble palaces among them Ronchi Palace, Ferretti Palace, Scesi Palace, Procaccino-Savi Palace. We can remember also the “small street”, one of the most narrow streets in Italy. 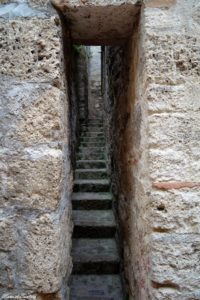 The most important building is the Fortress for the defense of the village. For this reason Civitella is called “fortress-town”. After the siege in 1557 Civitella was rebuilt and the fortress was built in 1564. It is located at 600 meters of elevation and it is one of the most great construction of military engineering in Europe, with a size of 25.000 mq. In 1564 the fortress was transformed by Filippo II d’Asburgo, king of Spain. In 1734 the Borboni Family realized some important improvements and they went against the French siege in 1806 and the Piedmontese siege in 1860. In the fortress you can visit the suggestive Arms Museum, enriched by ancient arms and maps linked to the ancient historical events  in Civitella. From the fortress you can admire a suggestive landscape with Gran Sasso Mountain, Laga Mountain, Maiella Mountain, Gemelli Mountains and the Adriatic Sea. 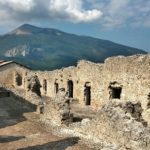 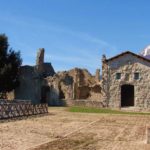