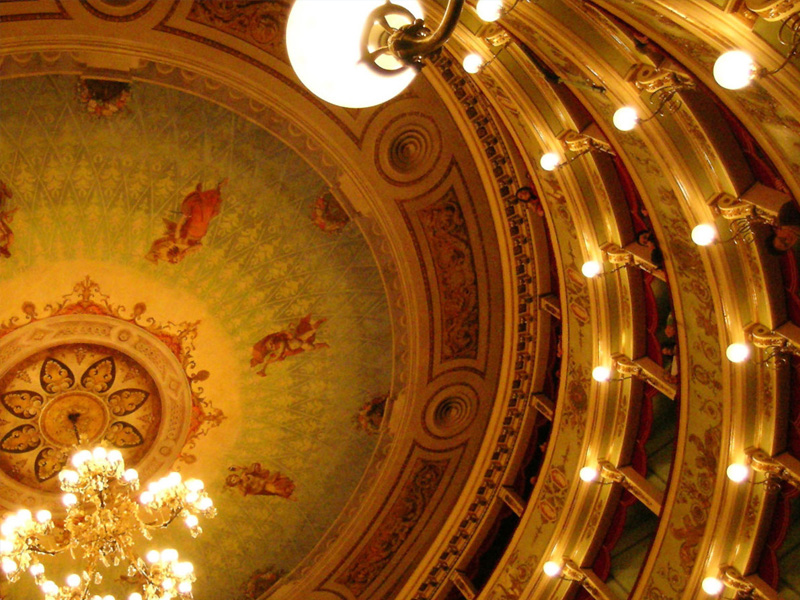 In the Piceno territory the economic development allowed the construction of historical theaters in small and big towns during the XVIII century. The theaters became meeting places for the nobility and the middle class. The route starts in Ascoli Piceno where you can admire the Roman theater. During the Renaissance period a mobile set was mounted in the internal quarters of Town Halls and then stable theaters were built. We are going to discover the theater evolution: from the ancient period to the Renaissance period until the beautiful historical theater of the XVIII century

The route starts in Ascoli Piceno and in the Roman theater: it was built during the I century B.C. with later restorations in the first half of the I and II century A.C. The theater was built on the Annunziata Hill in order to maintain a support, according a traditional codification; still today you can see some parts of its structure: the “cavea” with terraces and the “scena” in the urban context. The theater was demaged in the VI centuri A.C. during the Langobardic invasions. During the Medieval period some parts of the theater were utilized for the production of lime.

During the Renaissance period the theatrical performances were set up in the internal quarters of the Town Halls: we are visiting the Vittoria Hall, in the Municipal Art Gallery, where the theatrical performances were set up during the XVI century. The district gave to the town a “permanent scena”, a permanent structure for the performances; but a permanent place was gave only in the XVIII century. The risk of fire urged the Administration and the Theatrical Society to later favor the construction of a new theater in stonework, the Ventidio BassoTheater, inaugurated in 1846 with Ernani by Verdi 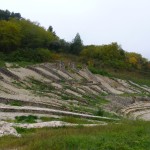 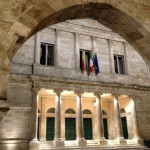 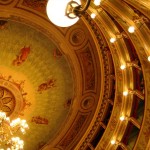 The route continues in Offida: we are visiting the beautiful Serpente Aureo Theater; its particular name derives from an ancient legend linked to the constitution of this beautiful village, one of the most beautiful villages in Italy! The theater was restored in 1801 thanks to the Swiss architect Pietro Maggi. The Serpente Aureo Theater is called “the bonbonnière”; it is embellished by paintings and stuccos which represent Apollo and Muses, the divinities of Arts. Still today in this theater some exhibitions take place during the Carnevale period.

The last stage of the route is Ripatransone, the “fortress in the Piceno territory” where you can pass through the narrowest lane in Italy (43 centimetres). The historical theater is Luigi Mercantini Theater, on the first floor of the Podestà Palace (1304), one of the few architectural buildings conserved perfectly in this territory; the theater was made by the architect Pietro Maggi in 1824. The building is similar to Serpente Aureo Theater in Offida because the theaters were made by the same architect and it is embellished by medals with the representation of important theatrical persons. Luigi Mercantini was Garibaldi’s friend and auctor of famous patriotic poems. 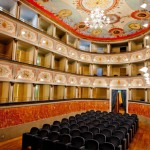