Liberty style in the Piceno territory 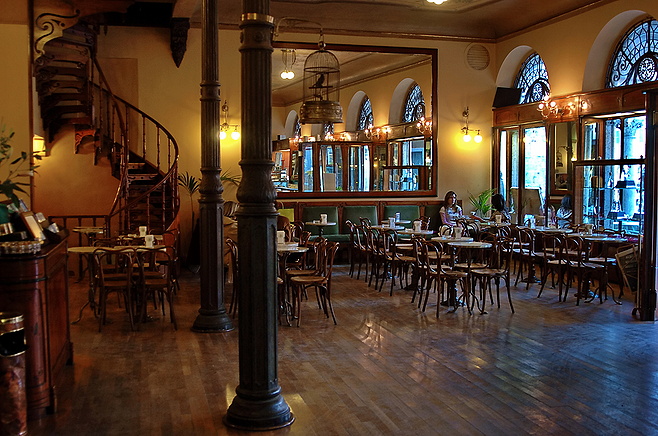 Between the end of the XIX century and the beginning of the XX century the refined Liberty style was diffused in this territory; this style is so typical of the middle class in that period. The route starts in Ascoli Piceno and it passes through some villages of the Piceno territory to discover the traces of this refined style..

NOTES: The route could be changed according yours demand

In Ascoli Piceno we are visiting the historical Caffè Meletti, one of the 150 historical caffè in Italy which maintains its original Liberty style. The Post Office was transformed in an elegant Caffè by the Ascolan industrialist Silvio Meletti: he obtained a recipe for the distillation of a liqueur based on anise. Meletti Anisette is a sweet liqueur with an anise base, made from the Aniseed plant that grows on the hillside near Castignano. Caffè Meletti was inaugurated at  the beginning of the XX century and still today it conserves its beautiful forniture: the internal decorations were realized by the most famous decorators of that period and the Caffè Meletti was transformed into a movie set : Francesco Maselli and Pietro Germi filmed numerous scenes here. You can drik the Meletti Anisette in this place and this liqueur obtained important rewards such as the Honorable Mention during the Exhibition in Paris in 1878: Meletti Anisette became a famous product in Italy and also abroad thanks to an advertising campaign. Dudovich and many others great artists realized posters and fliers 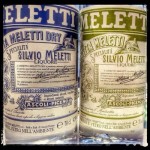 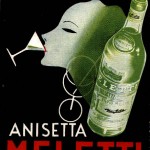 The S. Philip Palace, seat of the Province of Ascoli Piceno, was embellished by Liberty decorations by the great artist Adolfo De Carolis; he illustrated Pascoli and D’annunzio‘s books. He realized the adornment in the Banquet Hall of the Prefect’s apartment. He realized mythological scenes and the Piceno allegory: in this composition refined and elegant Liberty elements is merged with others elements inspired to Michelangelo’s paintings.

Mussini, The church of S. Serafino from Montegranaro

In Ascoli Piceno the route is concluded with the Cappuccini Church and its internal decoration made by the artist Augusto Mussini. The church is located in the medieval quarter of Borgo Solestà; this church conserves the relics of the Franciscan S. Seraphino from Montegranaro. Augusto Mussini became a monk, Paolo from Ascoli, and he realized the frescoes with the Stories of S. Seraphino in 1904. He make used friends, monks and relatives as models; in these Stories you can find realistic elements and Liberty decorations.

We are going to Grottammare; Pope Sisto V was born here. Grottammare was a famous holiday destination at the beginning of the XX century. Many rich families ordered the construction of villas here and their architects diffused Liberty elements on the Adriatic coast.

In Grottammare the Liberty style is characterized by simple expressive forms and particular elements such as the turret (it derives from the alpine architecture), frescoes and ceramics with floral decorations. These villas are located in Cristoforo Colombo Street: strolling along this street you can admire Mandolesi Villa, Ida Villa, Franceschini Villa, Hotel Moderno, Marucchi Villa. The most famous villa in Grottammare is Matricardi-Cola Villa: it was built in 1913 by the Ascolan industrialist Giuseppe Matricardi; the villa is decorated by ceramics from Matricardi’s factory: they were decorated by Polci and Castelli artists. A few years after its construction the villa was sold to Cola’s family. 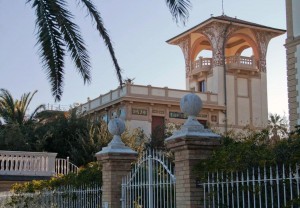