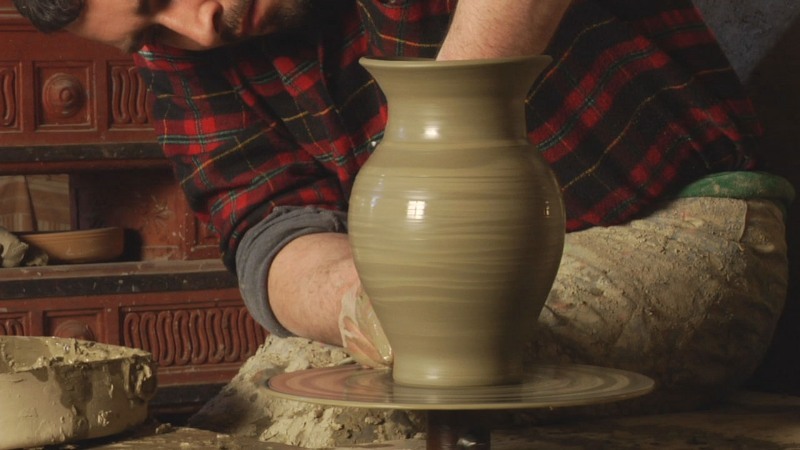 This tour is dedicated to an excellence of Ascoli Piceno: the Ascolan majolica

The tour starts into the Church of S. Angelo Magno, in the Piazzarola quarter. The church was built in the IX century during the Langobardic period; it is dedicated to the Michael Archangel, protector of the Langobards. The church has undergone many transformations: its facade was built during the Romanesque period while its interior was restored during the Baroque period: the church was embellished with frescoes realized by important Ascolan artists between the XVII and XVIII century. The convent of S. Angelo Magno was an important site for the manufacturing of the Ascolan majolica: during the XVIII century the Olivetan monks founded a factory where very efficient artisans worked, such as the Cappelli Brothers and the Paci Brothers.

We are strolling along the Pretoriana Street, a characteristic medieval street with its beautiful palaces, rue and ceramic workshops.

We are seeing S. Thomas Square where you can visit the Museum of Ceramic Art, inaugurated in 2007: in the same year Ascoli Piceno was mentioned “The town of ancient ceramic tradition”. In this museum you can admire ceramic objects from the XII century to the XVI century. In this period in Ascoli Piceno the ceramic request was elevated; the town imported the ceramic from Castelli, in the Abruzzi Region. The museum conserves Ascolan ceramics and ceramics from the Abruzzi, refined ceramics from others Italian centers and from abroad thanks to the Ascolan medical doctor Antonio Ceci, a collector. The last section of the museum is dedicated to the ceramics and the terracottas of the XIX century and to the Matricardi manufacture. 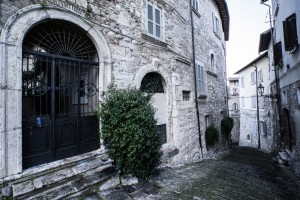 We are strolling in the historical centre of the town to discover the numerous ceramic workshops where you can see the characteristic techiques of this beautiful art. The stroll includes Soderini Street, Ventidio Basso Street and Pretoriana Street.