Discovering the origin of Ascoli Piceno: the Piceni population

The route is dedicated to discover the origin of Ascoli Piceno with the visit of the Archeological Museum and the places linked to the presence of the Piceni population.

The itinerary starts with the visit of the Picena section in the Archeological Museum, full of finds. The Museum is houses in the noble Panichi Palace in one of the most important squares of the town, Arringo Square. The palace was built during the Renaissance period and it has an interesting architecture, embellished by inscriptions dating from the XVI century. In the Museum we’ll discover the history of the Piceni population, the first settlements and the towns. The Museum houses very important finds: acorn rockets, male and feminine tombs with arms and jewelleries which reveal the Piceni’s customs and rites. One of the most important find is the “stele of Castignano”, one of the most ancient example of script and the Piceni big rings, ritual symbols.

The route continues with the visit of the town of Ascoli Piceno: from Arringo Square we’ll reach Dino Angelini Street where you can admire the Roman Theater. The theater is located on the Annunziata Hill, the most highest point of the town, where the Piceni population founded Ascoli Piceno, according to tradition: we’ll discover the use of this place for Piceni population and we’ll tell anecdotes linked to the Roman Theater. The itinerary finishes in Romana Gateway: it is so called for the presence of the traces of the Roman fortifications of the town. We’ll recreate the history of this place by Piceni population. 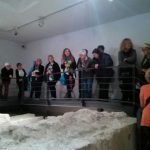 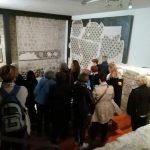