S. Emidio, the protector against the earthquakes 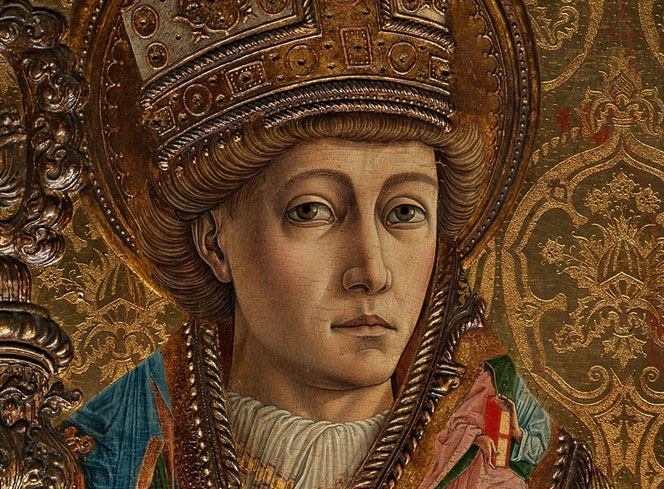 The route is dedicated to the history and the legend of S. Emidio, the first bishop of Ascoli Piceno and protector of the earthquakes. he is venerated in Italy and also abroad..

The tour starts in the Cathedral of Ascoli Piceno dedicated to the Virgin Mary and S. Emidio, patron Saint of the town and protector of the earthquakes; we are visiting the crypt where the relics of the Saint and his disciples are conserved; in the crypt you can admire a beautiful sculptural group which represents the baptism officiated by S. Emidio; in the superior church we are visiting the chapel dedicated to the Holy Sacrament which conserves the masterpiece by Carlo Crivelli, the polyptych of S. Emidio with a precious representation of the Saint. 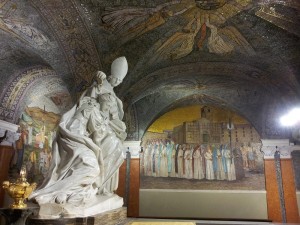 The crypt of the Cathedral, Ascoli Piceno

We are visiting the monument dedicated to the baptism, the Baptistery of S. John the Baptist; it was built during the Romanesque period and it conserves one of the most ancient representation of the Saint.

We are reaching the outside of the historical center of the town where the Roman bridge of the Emperor Augusto is conserved; nearby yu can see a little red church of octagonal form called “the little temple of S. Emidio”; it rises up over the place where the Saint was killed. Nearby you can admire the beautiful wash house realized in the XVII century. It is linked to a miracle of S. Emidio. 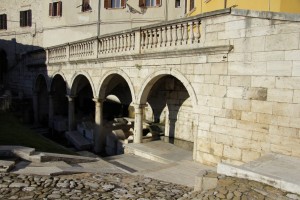 The route finishes in one of the most fascinating site of the town: the little temple of S. Emidio to the Grottos. Once the ancient Roman cemetery  of the town was here and S. Emidio was buried here in the IV century A.C. Today you can admire a Baroque church of the XVIII century excavated in a rock tuff 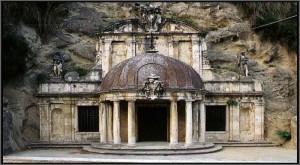 S. Emidio to the Grottos